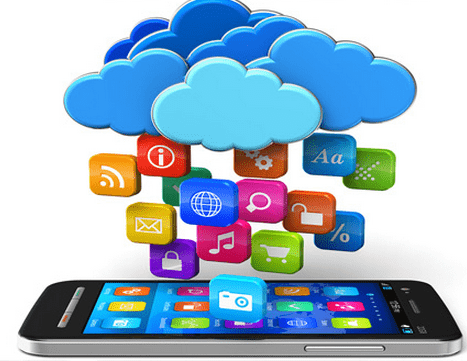 Only a month after the October 1, 2013 launch of the Connecticut Health Insurance Exchange, I held my first discussion to communicate my vision of digitizing the healthcare enrollment process.  This would engage consumers, increase invincible (18-35-year old) participation and leap frog the Connecticut exchange into the next generation of consumer centric products using a Software-as-a-Service (SaaS) framework.

On November 5th, 2013 I lead the first discussion on mobile and by November, 6, 2013, the idea was shared and communicated with c-peers and buy-in for a pilot was established.  The Chief Marketing Officer was fully on board as education and awareness started to spread throughout the organization.

How did this start?  On day one, we had nothing but a dream, a vision and a belief that we could help ensure the Connecticut residents had the best healthcare enrollment experience in the country. Pioneers are often dreamers. Meanwhile most states, in November of 2013, could barely breath with the crushing pressure of operational issues, bleeding into every facet of exchange business and draining the energy of already exhausted resources.

On November 14, 2013 the entire solution strategy was defined and was built by leveraging a great ideation template provided by the Corporate Executive Board (CEB).  While this work was occurring in the background, in the forefront several releases between Access Health CT and the CT Medicaid department were in-flight, data transfer projects were under way between agencies and detailed technical checklists were defined for responsive production troubleshooting. Operations were busy but normal, and remarkably no system downtime was reported.

By middle the December 2013, we found that 25% of all visitors were hitting the website from mobile devices (iPads, tablets, iPhones, Android phones).  This helped to drive the cross functional business case for a mobile platform. The technology team was still supporting 200+ servers, hosted across 7 environments, 3 datacenters including 4 highly available environments. After two months of planning market analysis of the assessable, serviceable and target markets the final mobile strategy deck was presented to the CEO in mid-January, 2014. The one page strategy for each initiative included detailed capabilities to be implemented, KPIs tied directly to strategic goals, identified risks (known and unknown), and covered a potential timeline by week.  This short deck included three primary initiatives:

These initiatives were tied to three primary strategic goals

Supported by an amazing cross-functional team of passionate innovators, it was happening; we were changing healthcare forever.

Kevin Counihan, the CEO, full endorsed the approach and we were approved and funded!

The full story of the digitization and launch of the Connecticut Mobile application: Part 1 and Part 2.