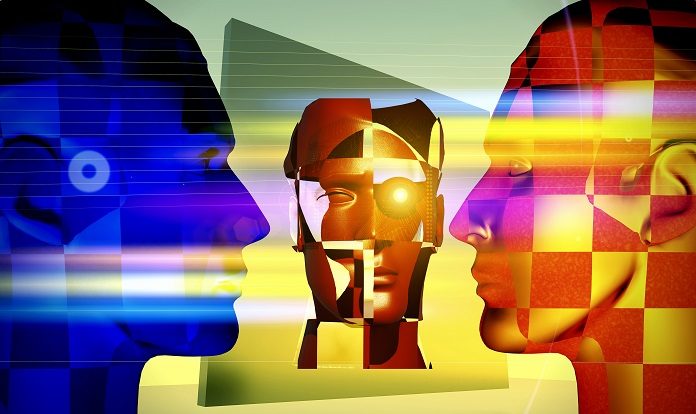 Artificial intelligence is redesigning healthcare. How do CIOs get a grip on what’s practical versus theoretical in the dynamic space of machine intelligence? It starts by framing the A.I. landscape.

We have reached the point where pattern-recognition algorithms and artificial intelligence (A.I.) are more accurate than humans at the visual diagnosis and observation of X-rays, stained breast cancer slides and other medical signs involving general correlations between normal and abnormal health patterns.

Before we run off and fire all the doctors, let’s better understand the A.I. landscape and the technology’s broad capabilities. A.I. won’t replace doctors — it will help to empower them and extend their reach, improving patient outcomes.

An evolution of machine learning

The challenge with artificial intelligence is that no single and agreed-upon definition exists. Nils Nilsson defined A.I. as “activity devoted to making machines intelligent, and intelligence is that quality that enables an entity to function appropriately and with foresight in its environment.” But that definition isn’t close to describing how A.I. evolved.

Artificial intelligence began with the Turing Test, proposed in 1950 by Alan Turing, the scientist, cryptanalyst and theoretical biologist. Since then, rapid progress has been made over the last 75 years, advancing A.I. capabilities.

Isaac Asimov proposed the Three Laws of Robotics in 1950. The first A.I. program was coded in 1951. In 1959, MIT began research in the field of artificial intelligence. GM introduced the first robot into its production assembly line in 1961. The 1960s were transformative, with the first machine learning program written and the first demonstration of an A.I. program which understood natural language, and the first chatbot emerged. In the 1970s, the first autonomous vehicle was designed at the Stanford A.I. lab. Healthcare applications for A.I. were first introduced in 1974, along with an expert system for medical diagnostics. The LISP language emerged out of the 1980s, with natural networks integrating with autonomous vehicles. IBM’s famous Deep Blue beat Gary Kasparov at chess in 1997. And by 1999, the world was experimenting with A.I.-based “domesticated” robots.

Innovation was further inspired in 2004 when DARPA hosted the first design competition for autonomous vehicles in the commercial sector. By 2005, big tech companies, including IBM, Microsoft, Google and Facebook, were actively investing in commercial applications, and the first recommendation engines surfaced. The highlight of 2009 was Google’s first self-driving car, some three decades after the first autonomous vehicle was tested at Stanford.

The fascination of narrative science, for A.I. to write reports, was demonstrated in 2010, and IBM Watson was crowned a Jeopardy champion in 2011. Narrative science quickly evolved into personal assistants with the likes of Siri, Google, Now and Cortana. Elon Musk and others launched OpenAI, to discover and enact the path to safe artificial general intelligence in 2015 — to find a friendly A.I. In early 2016, Google’s DeepMind defeated legendary Go player Lee Se-dol in a historic victory.

The business of artificial intelligence

What will 2017 have in store for artificial intelligence? With the history of A.I. behind us, we can now determine how A.I. could potentially help advance our healthcare capabilities through four actions:

The foundation of A.I.

The foundation of A.I. has been defined into four essential classifications. Next, identify the classification that has the greatest ability to advance your current business model.

Normally A.I. is considered an alternative or replacement for replicating intelligent behavior. This replication could potentially surpass human abilities. However, to date, high-performance A.I. has only performed in narrow fields, such as gaming, facial recognition and driving cars.

The full spectrum of A.I. is much broader than the narrow fields we read about in the daily headlines.

The framework of A.I.

Prior to outlining the technology stack and the domains where artificial intelligence offers value, we need to review the framework of artificial intelligence. The section of the broad categories of A.I. will accelerate where A.I. adds value and, more specifically, how we as CIOs can tap directly into that value for our organizations.

Artificial intelligence is broken out into 10 functional areas:

If we drill into machine learning, a subtype within artificial intelligence, we have three primary sub-classifications:

We live in a business climate where the norm is a continuous pressure to perform, deliver and innovate. CIOs are forever in search of the tool for competitive advantage. Attaining knowledge of the A.I. landscape and A.I. capabilities will drive more informed decisions, resulting in offering better services to consumers.

The technology stack of A.I.

The simple version of this stack is:

The evaluation of the technology stack is challenging and can result in the incorrect identification of capabilities that are too immature to fully be integrated into conventional business functions, processes and workflows. Spend the required time with your teams to properly evaluate where business and technical capabilities should be extended.

The A.I. foundation has been determined. The framework was selected. The A.I. technology stack was evaluated. We’re now ready to engage an emerging organization to help us achieve the expanded capabilities we have defined we require.

Assessing the potential of artificial intelligence to differentiate your organizational capabilities starts with an understanding of the A.I. foundation, the A.I. framework, the A.I. technology stack and the A.I. companies offering dynamic and useful interactions. This strong background will serve you and your team well, as you venture into the uncharted world of artificial intelligence.