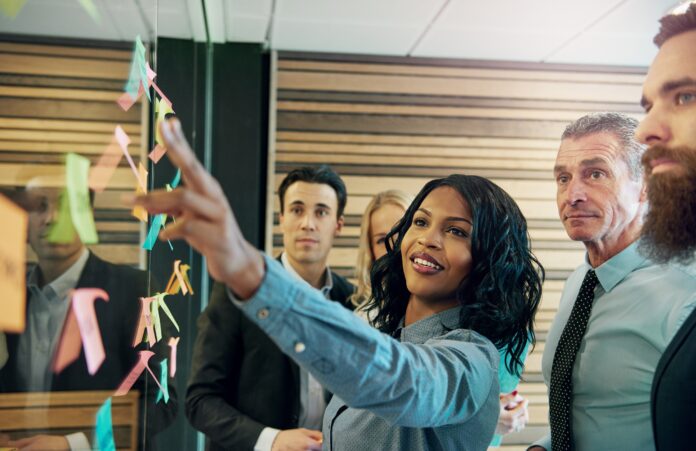 Are your teams starting to double down with agile? Are they focusing on new concepts like squad, tribe, chapter, and guild? Is it a little bit confusing trying to understand how those concepts relate to conventional frameworks like Scrum and SAFe when these methodologies don’t use those types of terminology, especially in their training?

Today, we’re going to dive into those specifics and provide some answers. But first, let’s get a better understanding of why agile teams evolved as the focus of higher performance and improved quality.

If we look at Francis Bacon in the 1620s and his invention of the scientific method, his focus was on identifying opportunities and trying to capitalize on what works and discard what doesn’t. He embraced the simple idea of “fail fast” or “fail quickly.” If it worked, he leveraged it; if it didn’t, he discarded it and quickly moved on.

Fast forward to the 1930s. Walter Shewhart, a physicist and statistician, developed the Plan-Do-Check-Act while working at Bell Labs. He designed this model after hyper-focusing on lean optimization and continuous improvement concentrated in the manufacturing space. His approach, in concept, was similar to Bacon’s. Shewhart was experimenting with what worked and optimizing the model by removing the waste activities that weren’t value-added.

In 1986, Hirotaka Takeuchi and his coauthor, Ikujiro Nonaka, published an HBR article titled, “The New Product Development Game.” The article bought attention to the fact that smaller teams were producing better results than larger teams. Fuji-Xerox applied these techniques in its copier production lines. Cannon took a similar approach to produce cameras. Even Honda implemented these techniques in manufacturing when designing and building engines.

Takeuchi discovered that smaller teams had more effective output. They had higher throughput and more consistent throughput levels than their counterparts running larger groups in competing organizations. In contrast to conventional thinking at the time, more control and greater top-down authority decreased productivity.

Give me the short version

A squad is a group of cross-functional team members. Multiple squads roll into a tribe. Chapters are groups with similar competencies. All squad members are part of a chapter. Guilds represent themes or communities of interest that anyone can freely join.

So, what’s a squad? A squad is similar to a Scrum or an Agile Team in SAFe.

The squad is made up of between six to 12 members. Each member is an expert in their field. They work autonomously, and they’re self-motivated. No one’s telling the squad what to do. They already know. They’re working to burn down a backlog list and leveraging Kanban principles to manage work-in-progress (WIP). The team has a product owner, squad leader, and agile coach assigned. But remember, there’s no official management oversight of this squad (no one identifies as a boss).

Chapters are focused on the individual group and the development of that group with team members that share similar competencies.

Chapters ensure that squads are made up of the right people. In addition, they address missing or weak competencies and identify the abilities necessary to optimize squad productivity.

Usually, team members are farmed out to squads from Monday through Thursday. On Friday, the team members return to their chapters. Within the chapter team, members share practices and lessons learned. Frequently, chapters are designed with similar functions. As a result, there might be a chapter of architects or a branch of business analysts.

This brings up the concept of a tribe. Typically, multiple squads roll into a single tribe. Usually, eight to 14 squads make up a tribe. A tribe usually has less than 100 members. Tribes are also grouped around logical or similar areas; e.g., business domains or product domains. For example, if Squad A was focused on back-end development, and Squad B was focused on front-end development, there could be a tribe that made up a holistic view of that product ecosystem (front-end and back-end delivery).

Guilds are cross-functional common areas or communities of interest. Unlike centers of excellence, guilds don’t bring together only team members with the same competencies. For example, they’re not all architects. Maybe somebody is a developer, business leader, or even a sales representative. Instead, guilds are a cross-pollination of different roles with a similar interest; e.g., customer enablement, data transformation, or agile delivery.

How do you get there?

By now, you’re likely thinking, how do I get involved in building the capabilities of squads, tribes, chapters, and guilds today?

Second, make sure you allow team members enough room to operate. Your job as a leader is to remove the bureaucratic obstacles that slow squad efficiency. For example, if you still require weekly status reports (on top of Sprint summaries), you haven’t allowed your teams to make their own decisions and work autonomously.

Lastly, the organization needs to support this type of methodology. It’s great to promote concepts of grandeur or idealism. Still, the reality is, if the organization doesn’t have a cultural mindset to work independently and autonomously, you’re ultimately not going to be effective.

Empower your teams. Give them the authority to make decisions and allow them to work autonomously. Make these simple changes, and you’ll start building a productive squad, tribe, chapter, and guild.

If you found this article helpful, that’s great! Check out my books, Think Lead Disrupt and Leading with Value. They were published early in 2021 and are available on Amazon and at http://www.datsciencecio.com/shop for author-signed copies! Hi, I’m Peter Nichol, Data Science CIO. Have a great day!