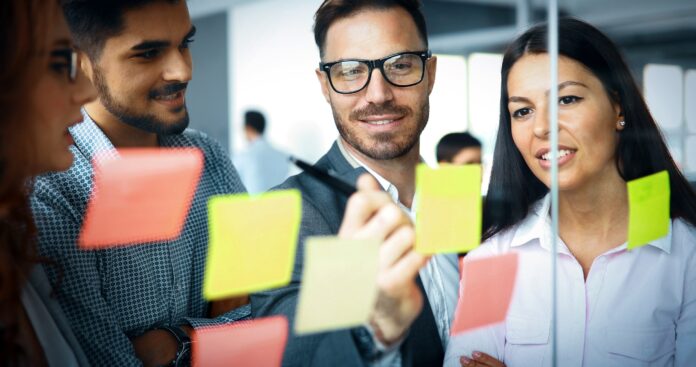 Is your organization racing toward agile? Are you a BRM that’s confused about what your role is?

I’m going to help clarify why you don’t have a role today and how to get one for tomorrow.

Let’s begin by discussing each of the different leadership roles for squads, chapters, and tribes. First, we’re going to talk about a squad leader, a chapter leader, and a tribe leader. And then we’ll briefly get into where the business relationship manager (BRM) role fits in.

If you haven’t already subscribed to my newsletter, please check it out at newsletter.datasciencecio.com. This is where I provide custom content to subscribers for FREE.

However, this role is accountable for coaching, maturity, and mentoring the squad.

The squad leader is accountable for ensuring the squad achieves its desired goals. This role frequently deals with management reporting. This may include publishing weekly or monthly reports to improve transparency around squad performance.

What does the squad leader do?

The chapter leader is a similar role to that of a traditional line manager. However, this role combines both a tactical focus and a strategic element.

The chapter leader manages less than seven directs with typically less than 30 people under them, including all organizational layers.

What does the chapter leader do?

The tribe leader’s role is strategic.

Typically, the tribe leader has less than 100 people in their area of responsibility. Their focus is on being a mini CEO or mini CIO for that area. They’re trying to optimize value creation and understand what outcomes the business partners are expecting. Tribe leaders help to ensure that business partners’ needs are being met. They’re looking at a longer-term horizon, a strategic vision.

What does the tribe leader do?

Where does the BRM role fit?

With the mental framework of squad, chapter, and tribe leaders defined, we now can get into the meat of where the BRM role fits into accelerating agile methodologies.

The chapter leader is a tactical and strategic role. This role aligns with a connector BRM. Typically, this is a director-level role. This role is considered a key advisor.

As a BRM, by default, you don’t have a seat at an agile leadership table. That’s unfortunate. It’s also the reality. Anyone that says different simply isn’t living these concepts in a corporate environment.

However, this also presents a massive opportunity for BRMs. First, you must define your role. You also must define your role before an agile leader defines you as redundant. Second, you have to take control. How does your role integrate with agile? Where do you add value? As a BRM, it’s imperative that you address these critical questions.

Unsure where to start? Begin with my course titled, Define Your Role for BRM Success! This course gives you the tools to define your BRM role in terms that organizations understand and allows them to play nice with agile. Stop wasting time guessing. Start listening to answers that you can apply to your organization tomorrow!

How do I start?

Begin by identifying principles that the methodology promotes. Don’t just copy another organization’s process. The “lift-and-shift” method rarely works when introducing an existing methodology into a new company. In almost all cases, some elements can be reused, but rarely in the exact form. So instead, identify core principles (autonomy, trust, community, transparency, self-management, etc.) and think through the process to discover what’s best for your organization.

If you found this article helpful, that’s great! Check out my books, Think Lead Disrupt and Leading with Value. They were published in early in 2021 and are available on Amazon and at http://www.datsciencecio.com/shop for author-signed copies!