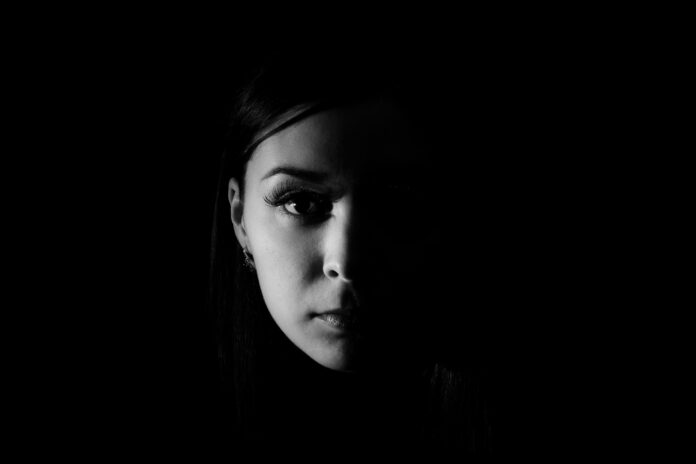 How do you encourage good performance and dissuade bad? Are leaders going through the motions but not embracing the heart of the mission? Are you being misled?

If you haven’t already subscribed to my newsletter, please check it out at newsletter.datasciencecio.com. This is where I provide custom content to subscribers for FREE.

Today we’re going to talk about managing behaviors on your team—specifically, passive-aggressive behavior. Rarely do we, as leaders, have challenges we can’t see or face. If the market is shifting, we can feel small tremors and position our organization ahead of the next rumble. If any individual doesn’t please a key stakeholder, we can offer suggestions to mend that social divide. The challenge with managing passive-aggressive behavior is that it’s primarily intangible. You can’t find it. It’s hard to wrestle. It isn’t easy to nail down the source.

Whether you’ve been around for 30 years or you’re new to the leadership or BRM scene, passive-aggressive behaviors are something we all can brush up on.

It wasn’t until 1952, in the first edition of the American Psychiatric Association’s Diagnostic and Statistical Manual of Mental Disorders (DSM), that passive-aggressive behavior was explained in detail. The term was coined by an Army psychiatrist named William Menninger. Following the Second World War, Menninger published a document called Medical 203. This was a major overhaul of the existing US classification of mental disorders, and it was within this document that Menninger spelled out passive-aggressive behavior. It originated from a disturbing pattern among soldiers. These soldiers technically obeyed orders but executed them with subtle disobedience. For example, in some cases, they’d execute the orders to the letter but ignore the spirit of the command entirely.

There’s a good quote that sums up passive-aggressive individuals nicely: “Some people are like clouds—when they’re gone, it’s like a beautiful day!”

Why is diagnosis hard?

The greatest challenge is quiet aggression. Many times, you feel something, but you can’t specify what’s actually occurring that disrupts achieving results.

Often, the actions of passive-aggressive individuals are complicated. Their actions might even appear confusing, as they’re mixed with stress, anxiety, or insecurity in the individual.

Another reason these behaviors go undetected is that they’re hidden from view. These individuals’ behavior is a way to veil their discontent, hostility, or anger. Because they mask their true feelings, detecting and interpreting the emotions of these individuals can prove challenging for leaders. If you’re not familiar with identifying micro-expressions, you’ll enjoy my article titled, Micro Expressions: The Art of a Lie. This article helps you to determine what to look for in mixed-emotion responses.

A passive-aggressive individual isn’t going to say they disagree with your strategy. They’ll do the very opposite. Their genuine emotions are suppressed. However, they’ll disagree with you offline by sharing their opinion powerfully with other team members, creating a manufactured situation where you, as a leader, can’t defend and justify your rationale for the given course of action.

People who engage in passive-aggressive behavior won’t admit anything’s wrong. Have you ever wrapped up a discussion and said, “Does anyone have concerns or questions about what we covered?” Passive-aggressive individuals usually won’t speak up against your strategy. However, once that meeting has wrapped, they’ll relive that discussion and talk to others about how your system doesn’t make sense and why the approaches won’t work. You might think, “I want people to challenge the direction.” That’s a good gut feeling to have. However, in this case, you can’t explain any of those decisions because the individual or individuals are exhibiting this passive-aggressive behavior in the organizational shadows.

Typically, these folks don’t like any change that might pivot them from being an expert. Often these individuals will blanketly disagree with change—any change—presented to them. This resistance is rooted in an inability to communicate effectively.

How do you spot passive-aggressive behavior in action?

The act of being left off an email seems innocent enough. On occasion, it’s a simple oversight in judgment that’s never repeated. However, it’s also a prevalent example of someone being passive-aggressive. There was a critical communication that a member of your team sent out, and it wasn’t sent to you. Maybe it’s just an omission. Be a good leader and assume good intent. However, if this happens two or three times, it’s not a simple lapse in judgment. It’s deliberate.

Pushing back on reasonable change

Let’s get real. Almost no one loves to change. So, when you’re getting resistance to change, that makes sense. For example, a new executive was hired to mature departmental processes, and the individual doesn’t feel documentation adds value. This is a classic example of passive-aggressive behavior.

Here are some additional signs to look for that may appear to be omissions but, when they occur together, are more likely deliberate:

The good news is that, over time, passive-aggressive behavior makes its way into the light. I enjoy the following quote from Haruki Murakami: “Sometimes, it’s not the people who change, it’s the mask that falls off.” Eventually, all truth is told.

The delay in recognizing passive-aggressive behavior is what makes it challenging to address. Usually, there are soft signs such as childlike behavior designed to keep you, as a leader, submerged.

How do we get ahead of this behavior?

There are three basic approaches for dealing with passive-aggressive behavior:

First, establish team norms that set the behavior guidelines for your team. If you need to, brush up on my article, Why team norms transform team dynamics. It provides a great start. Team norms help the team define what’s acceptable behavior and what isn’t. A few good examples of team norms include:

By defining good behaviors, you help to identify unwelcome behaviors. In essence, you’ve clarified how a high-performing team should be operating.

Third, define the standard for good. How do team members know how to perform if performance standards haven’t been established? Short version: they don’t. There are a lot of ways to tackle defining “good.” Here are a few ideas:

How you define the standard isn’t crucial, but making it clear is vital. Team members must know what behavior and associative performance are encouraged and what performance isn’t. If you have an individual who’s not performing, it’s essential to have a standard to measure their actions, behaviors, and outcomes against.

What happens if you find yourself in the position of dealing with a passive-aggressive team member?

You might feel the team is starting to gel. Yet, there are undertones indicating that people disagree with the strategy. However, when you inquire individually, you can’t tell where all the noise originated. The excellent news is that usually this intangible noise is being driven by one or two people creating and reinforcing the negative culture. Make no mistake—they’re sabotaging your strategy and how you’re executing that strategy. Where do you start in taking corrective action?

First, you need to sit down with that individual and have a conversation. Discuss what you expect and what good performance looks like. Second, you need to identify behaviors that don’t align with the team norms, principles, (maybe) competencies, or the standard for good. It needs to be made clear which team norm they violated and what behavior was unacceptable. Third, if, at this point, you’ve not seen significant performance gains, or you’ve been made aware of another occurrence of this behavior, it’s time for corrective action. This means the behavior needs to be formally documented. It doesn’t matter if this is shared with the individual or not. However, the documentation must exist in case this situation continues to surface.

It’s challenging to identify the emergence of negative team aspects when they’re not directly presented to you. For example, if somebody doesn’t attend a meeting on time, the performance gap is apparent. If a team member shows up at 10 am—two hours late for work—that’s obviously a performance gap. When a deliverable is delivered two days late, we can immediately explain the performance expected and what was achieved. In each of these examples, it’s obvious what happened. How to correct that behavior is also straightforward.

With leadership, situations are rarely just black and white. What do you do when the team just isn’t working well together? Where do you look when your approach isn’t realizing its goals? Passive-aggressive behavior is subtle. Acts of sabotage or quietly challenging authority don’t occur in the daylight.

If you found this article helpful, that’s great! Check out my books, Think Lead Disrupt and Leading with Value. They were published in early 2021 and are available on Amazon and at http://www.datsciencecio.com/shop for author-signed copies!