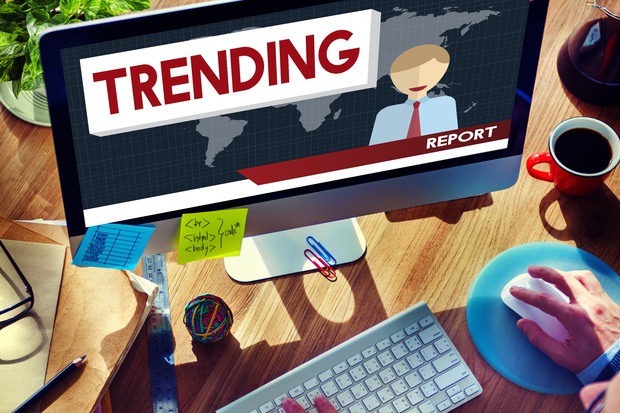 The on-demand economy, incumbent acquisitions of tech players, and security are driving the modern evolution of business.

Three reoccurring trends are worth exploration: the on-demand economy, incumbent partnerships with non-tech firms, and security.

Generation Z is comfortably managing five screens at once, and Millennials are savvy with two screens. This shift is apparent when observing the video evolution over the last 90 years. The traditional TV dominated the buzz in 1926. On-demand, DVR, and streaming was all the rage erupting racing out of 1999. Semi-live started with Snapchat stories in 2013, creating a culture of tune-in or miss out. By 2016, consumers were focused on real-live with the emergence of Periscope and Facebook Live – on demand on your terms. The customer’s usage, sophistication, and interest in technology continues to grow rapidly. This on-demand economy is relying on smartphones as users tell stories with their cameras for This trifecta of communications, video, and platforms are changing how consumers view brands. Twitter, Pinterest, and Instagram are losing to image-based platforms such as Snapchat and OfferUp.

Incumbents are increasingly putting their bets on technology companies to fuel short-term top-line growth and long-term bottom-line growth. KPCB reported that non-tech acquisitions had increased 2.6 times since 2012, totaling $28 billion in 2015. The pace of acquisitions has been explosive.

Non-tech incumbents are also making investments in technology companies and their mobile applications.

Overvaluations exist amidst internet startup companies. However, there are also pockets of undervaluation. The best rule of thumb for determining internet company valuations is to use the present value of future cash flows.

The lesson: Non-tech incumbents must align with a tech company to be competitive.

The debate over data private as caught fire through 2016. The spark started in February 2016 with the Apple vs. FBI, when the FBI claimed it needed access to a suspect’s phone who committed the San Bernardino, CA shooting. That request, however, was later denied by a New York federal judge. Then Microsoft in April 2016 fought for the right to inform customers after law enforcement requested their data (emails or other).

Senators Richard Burr and Dianne Feinstein, the Republican and Democratic leaders of the Intelligence Committee, fueled this frenzy by introducing the Burr-Feinstein Anti-Encryption Bill. The outcry was immediate. Kevin Bankston, the director of the New America Foundation’s Open Technology Institute, was quoted in Wired with “I gotta say in my nearly 20 years of work in tech policy this is easily the most ludicrous, dangerous, technically illiterate proposal I’ve ever seen.” Overall the bill was not well received.

The lesson: As data volume expands so does your company’s security risk, plan accordingly.

The bill is mostly dead, with one hand reaching from the grave – as of today, the Burr-Feinstein Anti-Encryption Bill has no support. Let’s all sleep a little better knowing that encryption still matters (thanks, WhatsApp). The need for on-demand services, creating partnerships, and building diligence around security will continue to be global trends into 2020.