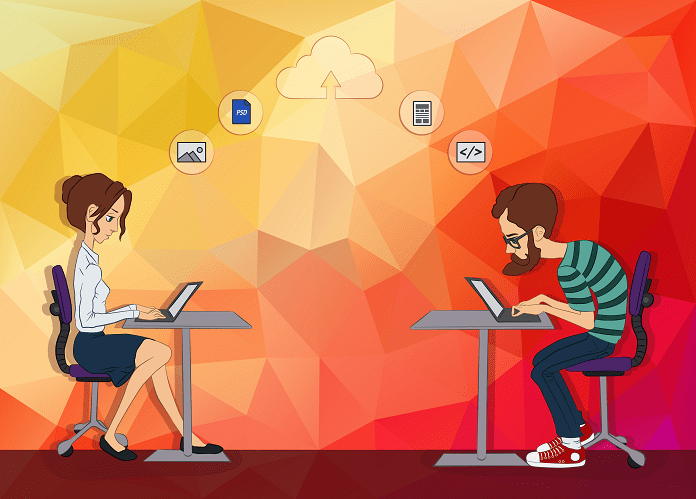 Redesigning the patient experience requires creative thinking. Remove your constraints and open your mind as we explore the best commercially viable innovations presented at #YaleHackHealth.

The Yale Healthcare Hackathon was presented by the Yale Center for Biomedical Innovation and Technology (CBIT) and the Yale School of Medicine Department of Radiology and Biomedical Imaging. Over 200 innovators participated in the hackathon held Jan. 20 to 22 at the Yale School of Medicine. Ideas ranged conceptual ideas five or more years out to innovations based on virtual reality which is surprisingly is already here.

In April 2016, the first rirtual reality surgery was performed by Dr. Shafi Ahmed, a British physician. The the-hour operation was live-streamed for those without a headset. Those with a headset were able to download VRinOR and experience 360-degree surgery in real time as Ahmed removed cancerous tissues. Participants attending the Yale Hackathon were in lucky to experience live demos of the Microsoft HoloLens, sponsored by Photon Biomedical, co-founded by Dr. Daniel Wasser and Scott Riddle located in Philadelphia. Sometimes ideas appear 10 years out are practical approaches only years or even months away from entering the mainstream. Everything of value begins with an idea — even ideas that initially appear impossible.

Hackathon pitches ranged from wild ideas to grounded, practical solutions. The final pitches were presented Sunday, and the presentations were surprisingly practical. Three presentations stood out for creativity, practicability and commercial viablility:

Allow me to elaborate on these ideas that seek to re-engineer the patient experience and explore why each one is both unique and practical.

The problem the team solved was improving the portability of medical images that  often fail when transferred. Everyone in the country is a patient, and many of us have had scans (MRIs or CT scans). However, where are those images stored today? CDs containing medical images are often lost. Even when patients do have their CDs, the image files frequently do not work.

RadBit presented an alternative “patient-generated; patient owned” image portability solution. The team built a secure, portable, and permanent image portability solution that leveraged blockchain technology (permissioned digital ledger). The submission included a prototype that was running on a blockchain, showing actual hashes (unique IDs) of several medical images to prove image authenticity. Real functioning code was generated during the hackathon and included in the final presentation, along with a video illustrating the workflow for both patients and providers. Using this approach, patients would never lose access to their medical images, and chain of custody would be preserved. The solution offered three core functionalities to enhance medical image portability and immutability: upload, storage and retrieval. Does this sound like Hugo? Nope, Hugo doesn’t use blockchain. Are you unfamiliar with blockchain technology and its competitive advantage? Then check out my earlier blog post “If I Only Had 5 Minutes to Explain Blockchain.”

CNN, Forbes, the Wall Street Journal, the Harvard Business Review and the Economist are talking about blockchain. Investors are paying attention to blockchain too, with over with $1.1 billion recently invested. RadBit extended the economic value of blockchain to healthcare, constructing a portable medical image solution.

RadBit uses a permissioned distributed digital ledger (blockchain) to store images in chronological order. The benefit of blockchain technology, for RadBits, is the creation of a decentralized digital public record of transactions (images) that are secure, anonymous, tamper-proof and unchangeable — a shared single source of truth. How is blockchain different from a database? The data stored in a blockchain can’t be changed or altered. Blockchain uses cryptographic proof (mathematical verification) to confirm no changes have occurred. This concept is similar to a distributed append only database.

Traditional market offerings (like Hugo) do not offer this capability and therefore are inherently unsecure. With this solution, clinicians can see proof of image authenticity — a process that today doesn’t exist. The creativity of the RadBits solution improves patients’ lives with a straightforward and practical approach to medical image retention.

I (representing Quinnipiac University) was fortunate to be a member of this team, along with Brandon Burr (of Old Dominion University), Sara Katrancha (of Yale), Eric Park (of Boston University) and Belinda Wu (also from Yale ). Go team 15!

The problem this team solved was twofold: Many patients do not have access to medications, and drugs often expire at healthcare provider facilities, resulting in wasted medication.

Rx4All, was a program for recycling medications, redistributing providers’ drugs nearing expiration instead of allowing these expensive drugs to go to waste.

The Associated Press has reported that more than 250 million lbs. of pharmaceutical waste is generated annually by U.S. hospitals and long-term care facilities. This translates into $2 billion dollars wasted annually. Harvard Health echoed CDC reports that 8 percent of adult Americans don’t take medicines because of the expense and 6 percent that do have private insurance skipped medications to save money. Nonadherence is significant when combined with the 10 percent on Medicaid and 14 percent with no insurance who are also not filling prescriptions because of the expense. The standard patient strategy is to ask doctors for lower-cost medications, but even lower-cost drugs are sometimes not cheap enough to be affordable.

Rx4All was envisioned as a nonprofit organization seeking to redistribute unopened and unexpired medications to patients in lower socioeconomic classes. The team developed a four-pronged approach: 1) Target nursing homes and hospitals with excess supply, 2) leverage reverse supply chains with existing distribution channels, 3) conduct free clinics, and 4) assist patients in the dissemination of near-expiration drugs to decrease disposal costs for providers.

The problem this team solved was to make hospitals and providers less scary for children.

The team began their presentation describing Ana, a 6-year old girl with a special heart, who was not feeling very good. She was scared, and her parents told her she needed to go to the hospital. Ana’s journey began with her feeling bored and lonely waiting in between tests and surgeries. During the span of four days, Ana had to wait for more than 28 hours for her procedure. During this time, more than 35 caregivers touched Ana’s case. Scared and in pain, Ana had more than nine tests and one surgery in four days. In Ana’s words, “there were so many strangers around me.” Companies that are trying to address the problem of making hospitals less scary include Sproutel and Philips, which offers the (a multi-sensorial experience for patients and staff). As Frederick Douglass said, “it is easier to build strong children than to repair broken men.”

These methods fall short of the need. They are restricted to a single room, lack trust-building, only temporarily distract patients and do not provide two-way interactions between patients and caregivers. The PAT team’s vision was to help Ana feel safe, excited and empowered throughout her journey. The team’s pediatric assistive toy was an interactive system that ran on a wireless device embedded in a friendly toy. It was an empathetic “buddy” designed to entertain, persuade and educate children throughout her hospital experience. Picture a talking stuffed frog or monkey that has an interactive iPad-like embedded device which also responds to voice commands. This is a useful and fabulously helpful invention for improving children’s comfort during the care experience.

The PAT approach includes caregivers providing input and the involvement of children and family. This friendly toy encapsulates the care experience, providing immediate nonintimidating patient feedback that can improve restlessness, sleep, pain and outcomes. PAT is the first interactive patient toy to accompany sick kids at hospitals and at home.

Where have you generated your best ideas? When do your best ideas surface? After attending the amazing event hosted by Yale, it’s apparent that we can begin to transform healthcare — and it only takes a weekend.