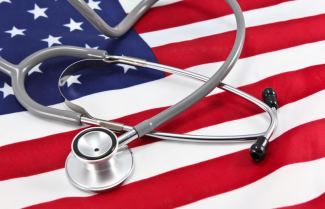 The next open enrollment will be a split bag. The uninsured is comprised of about 51% that are under 138% FPL, 35% between 139-400% FPL leaving the remaining 14% greater than 400% of the FPL, according to Kaiser’s survey of low-income Americans and the ACA. That’s not the whole story. Fifty-one percentage have not signed up. Why would someone not sign up for health insurance? Of course it’s makes good sense to have healthcare protection, not to mention the legal penalties, resulting form not carrying it? There is only one main reason, they truly can’t afford it.

The McKinsey Consumer Health Insights survey, supports this with February 2014 data. McKinsey determined the top five reasons for not enrolling as 1. Affordability (52%) 2. Technical challenges (27%), 3. Plan selection (14%) 4. Plan comprehension (8%) and 5. Still deciding (21%). This information is also supported by increased rates by the carrier’s filings. CareFirst asked for a 30 percent increase for 2015, but was granted only 16 percent in Maryland. However, Baltimore, Maryland actually was tame, eventually averaging a 4.6% increase from previous year for the 2016 open enrollment (OE). Other states were less fortunate in regard to rate changes from previous year for example Portland, Oregon at 16.2%, Albuquerque, New Mexico at 11%, Richmond, Virginia (10.8%) and Burlington, VT at 9.2% (Source: Kaiser Family Foundation analysis of 2016 insurer rate filings to state regulators).

These rates aren’t sustainable for Americas to pay, when family salaries are not even keeping pace with basic inflation. So what is a family to do? Pay for bread or buy health insurance? I think we all know what we’d do – it’s an easy decision that defines the ‘why’ behind the fifty-one percent. What is driving rate increases? There are a number of reasons and the fact insurers are quickly exiting the market, isn’t helping. Kaiser identified 11 states that are losing for 2016 OE including Connecticut (4 leaving), DC (2 leaving), Maine (4 leaving), Maryland (5 leaving), Michigan (12 leaving), New Mexico (5 leaving) New York (16 leaving), Oregon (11 leaving), Washington (11 leaving), Virginia (6 leaving) and Vermont (2 leaving). The insurers attribute two reasons for leaving 1. Unsustainable operating losses and 2. Severe technical challenges working with struggling states. The Federal funding assistance faucet is shut off. Exchanges are going to have to redesign their organizations to more effectively accommodate insurers and take action on their concerns. Otherwise, the insurers will be taking their own action – walking out of the public exchange business.