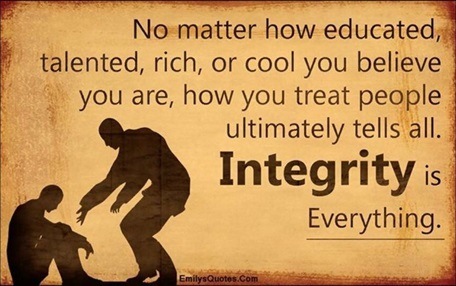 Pedigree hardens leadership integrity. For those fortunate to understand every grandfather, great grandfather and the ten past that, you can’t help wonder how family history defines your beliefs, values and actions – how you lead.

Do you have the same bold conviction as your father, your grandfather? Do you stand on the side of honor even when few stand by you?

History and the Why It Matters.  Going back to 1039, my great grandfathers were at the knights table at Foulis Castle Seat of the Clan Munro in Scotland. I’m blessed to have my complete genealogy and lineage to reflect upon.  From professors to Patriots to presidents, my family blood has deep roots.  It’s hard not to reflect that some piece of that is carried on.

One generations values, become the next. If it was only one generation of leaders and patriots, maybe it could be dismissed as mere chance.  But what if those leaders, standing for what is right are documented – going back 29 generations? Then would it be simply chance? Maybe it’s a causality of the leaders who generation after generation believed they could change the world.  They believed they could inspire others to make a difference.  With that leadership comes a duty to put others before yourself.  A duty to your family’s future generations. To stand boldly and to believe that honor comes above all else: that your word is gold.

Pioneers Beliefs and Their Impact. Why do great leaders inspire?  What beliefs do those leaders swallow? How do the patriots and pioneers of yesterday, compare with leaders sitting next to you in your Monday meeting?

My ancestors were among the first pioneers and patriots who came to settle North America arriving in 1632.  We have always had a very proud tradition of honor and loyalty.  We have fought in every major American war since the American Revolution. We have embraced the hard decisions, going back centuries.

My Family and The Leaders Whose Foot Steps I Follow

Below are my relatives, examples of the patriotism and leadership that has stood the test of time, each helping to make this great country what is it today.

Donald Monro – Clan Chief Monro Clan) in 1032, the original clan chief, proudly took his place like the generations after him, at the knights table. My 29th great grandfather.

William Munroe – At the Battle of Lexington first blood of the American Revolutionary War in April 19, 1775. My family is related to 53 of the 77 men on the Lexington Green that day. This is just what we have discovered so far.

Samuel Huntington – Samuel signed the Declaration of Independence and the Articles of Confederation.  He also served as President of the Continental Congress from 1779 to 1781, chief justice of the Connecticut Supreme Court from 1784 to 1785, and the 18th Governor of Connecticut from 1786 until his death. A true patriot.

Ulysses S. Grant – the 18th President of the United States (1869–77). As Commanding General, Grant worked closely with President Abraham Lincoln to lead the Union Army to victory over the Confederacy in the American Civil War.

Franklin D. Roosevelt – 32nd president in 1932 and still one of the most Franklin remembered and honored president.  He endorsed the creation of the United Nations and drastically decreased unemployment from 25% to 2% over his tenure.

Captain James Parker (9th gr grandfather): Founder of Groton, MA Also played a part in resolving a witch accusation in Groton 21 years before Salem outbreak without incarceration or jail. Major Willard and Capt. Parker led a contingent that marched in August 1675 to the rescue of the new western community of Brookfield “and just in the nick of time saved that town from massacre,” according to Dr. Green.

*There are hundreds of other pioneers and founders, I am directly related to, I simply don’t have time to list them all.