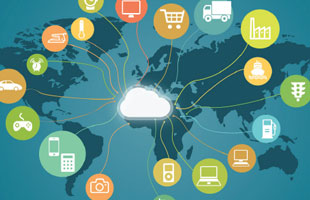 An integrated social platform is at the epicenter of Groupon. Despite the more than 600 sites offering daily coupons for a limited-time, Groupon continues to consistently drive revenue (Techcrunch, 2015).

The Network Effect: Platform for Growth

Technology and business process integration is a critical element of Groupon’s success and operational vision for continual growth. Although a rip-and-replace approach sounds logical, this model would prove ineffective when absorbing new lines of business because of the uniqueness of each business acquisition. Allowing new Groupon entities to continue operating as primarily independent, is a strategic decision and preserves the start-up mentality and harnesses the energy that rigid corporate structures would erode. Groupon’s Lego approach to building customer interest and monetizing network effects revolve around acquisitions. Over the last 5 years, acquisitions have driven a competitive advantages for Groupon by purchasing technical capabilities in order to innovate and compete with industry competitors. From the start in Q2 2010, when Groupon took shape at $38.7MM to current revenues in Q3 2015 of $714.0MM, Groupon established itself as an industry wide low cost leader through acquisition and has assembled an integrated social platform (Statista, 2015). Groupon has made thirty-three acquisitions between Jan 2010 and May 2015 building strategic strength (Crunchbase, 2014; Boomerang Commerce, 2015).

Extensions of existing social networks is a primary objective of the Groupon operational vision by reaching beyond the United States. Groupon’s acquisitions are global. From the beginning in 2010 Groupon was looking for opportunities outside the United States, when they teamed up with Digital Sky Technologies of Russia and raised $135MM of new venture capital. Groupon’s most recent purchase of Swarm Mobile based out of San Francisco, CA provides shopper analytics and omni-channel marketing but global acquisitions abound including: CityDeal in Germany, Needish and ClanDescuento in Chile, Disdus.com in Indonesia, Crowdmass in Australia, Beeconomic in Singapore, Darberry in Moscow, OpenCal in British Columbia, TMON in Korea, and Blink in Spain.

However, making money by giving things away is not new. Monetizing FREE is the spirit of platform competition in two-sided markets, where the value of a product shifts with the number of users. Facebook and Twitter are both good examples of this platform competition. A classic example of a two-sided markets is the credit card linking consumers and merchants. In order to build value the two groups of users in this case the consumers and merchants need to be brought together. Products and services that align groups of users in a two-sided network is called a platform. These platforms provide the foundational infrastructure to link groups of users. The platforms do not need to be always digital or online to demonstrate value. In the example of a Shopping Mall which connects shoppers and stores, this illustrates a ‘shopping’ platform. Another example of platforms are gas stations that first came out in 1905, later aligning the owners of the Model-T with the needed gas required for fueling their transportation.

“In traditional value chains, value moves from left to right: To the left of the company is cost; to the right is revenue. In two-sided networks, cost and revenue are both to the left and the right” (Eisenmann, Parker, Van Alstyne, 2006, p. 1). Groupon knows that in order to realize this revenue on both or typically one side of the network, a platform is required. This desire to monetize the network effect is driving their acquisition strategy. But is this a sustainable competitive advantage? Yes.

Marshall W. Van Alstyne, research associate at the MIT Initiative on the Digital Economy, is one of the top world’s foremost experts on platform strategies and was among the first to measure individual dollar output from social networks and IT. His theories on network businesses are now taught worldwide. The essence of these network business models explain the value proposition linking increasing users with an increase in platform value. Although we may normally categorize network businesses in this way, we do see these models in use every day and they are booming. LinkedIn has a two-sided network of giving away resume listings but charging for power searches. Amazon Associates give away free content, while earning referral fees. Travelocity gives away some travel services, but gets a share if you rent a hotel and car on the same trip. Van Alstyne suggests that despite the ubiquity of network businesses, the strategic value has largely gone unexplored. (Eisenmann, Parker, Van Alstyne,  2006). If we see value in LinkedIn and Travelocity, there might be room yet for Groupon.

Grant, K. B. (2011). Why Groupon Competitors are Bad for Customers – Pay Dirt – MarketWatch. Retrieved from http://blogs.marketwatch.com/paydirt/2011/07/08/why-groupon-copycats-are-bad-for-customers/?mg=blogs-sm