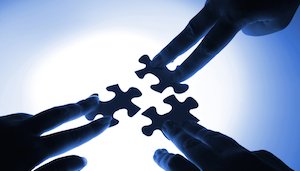 Healthcare’s natural evolution from a fee-for-service to value-based outcome models will remain out of reach, until interoperability and payment reform are removed as barriers to provide patient care.

Overall, it’s widely accepted that the Health Information Technology for Economic and Clinical Health (HITECH) Act, as a policy was a success. It’s not surprising when the percentage of US Hospitals using digital records skyrocketed from 9.4% to 75.5% between 2008 and 2014, according to a recent brief by the Office of the National Coordinator for Health Information Technology. However, as we include the patient experience into the definition of success, perspectives change. For example, you have a simple annual checkup at your primary care physician locally, and then a week later you travel to a neighboring town and end up in the hospital. The hospital doesn’t have any record of your recent visit a week ago, no access to labs, and won’t even know to ask unless you mention it. Is it an effective meaningful use application? The primary challenge continues to be that providers and payers are not accountable for interoperability under HITECH. The result is a fragmented national healthcare that only hurts the patients we’re trying to help. HITECH was a significant investment with a staggering $35 billion committed for the program, according to Robert A. Sunshine, Acting Director Congressional Budget Office (CBO) in his response to Charles B. Rangel, U.S. House of Representatives, Chairman for the Committee on Ways and Means. The program initially committed to savings from Medicaid and Medicare of $12.0 billion between 2011 – 2019. Have the US consumers and patients realized that savings? Why of course not, there is limited interoperability when making clinical decisions with existing EMR technologies.

Interoperability is a monumental challenge that is rarely discussed nationally, and this critical issue needs to be confronted before costs are driven down opening access and allowing providers to explore models for improved quality in patient care.

The method healthcare providers are paid must be changed from a fee-for-service payment system. Without heavy healthcare payment reform, the realization of better access to higher quality care at lower costs, will not happen. Payers won’t do it. Providers won’t do it. We as patients must spearhead this change. Otherwise, we’ll be passing the burden to the next generation.

The Center for Healthcare Quality and Payment Reform identified ten major barriers of healthcare payment reform 1. Continued use of fee-for-service payment models, 2. Expecting providers to be responsible for costs they cannot control, 3. Physical compensation based on volume not value, 4. Lack of data for setting payment amounts, 5. Lack of patient engagement, 6. Inadequate measures 7. Lack of alignment among payers, 8. Negative impacts on hospitals (inefficiencies), 9. Policies favoring large provider organizations, and 10. Lack of neutral convening and coordination mechanisms. These issues are complex and will require payers, providers and patients all working together for a healthier tomorrow. This realization will be nearly impossible without payment reform considering we have a payment system incented not to keep patients healthy and a dis-coordinated delivery system at the patient level.

We can only hope the behavior changes in employers soon start to favor the employee.