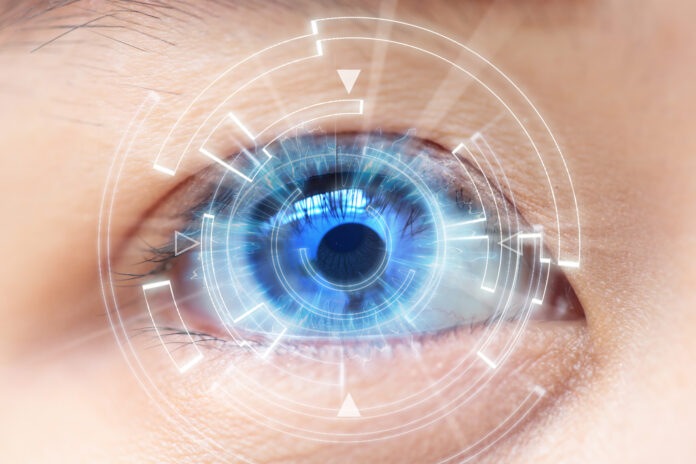 Self-sovereignty and identity anonymity hold the code to unlock the potential for blockchain to change patient health. The architecture of the internet has changed forever.

In the 1960s, NASA conducted an extensive test program to investigate the effects of pavement texture on wet runways. The goal was to better understand braking performance and reduce the incidences of aircraft hydroplaning. The result of years of technical scientific studies was that, in 1967, grooving of pavement became an accepted technique for improving the safety of commercial runways.

One of the first runways to feature safety grooving was the Kennedy Space Center’s landing strip. However, the applications of this technique extended well beyond NASA facilities. According to the Space Foundation, safety grooving was later included on such potentially hazardous surfaces as interstate highway curves and overpasses; pedestrian walkways, ramps and steps; playgrounds; railroad station platforms; swimming pool decks; cattle holding pens; and slick working areas in industrial sites such as refineries, meat-packing plants and food processing facilities.

If you asked a cattle rancher in 1970 if his work would be affected by NASA’s research on braking patterns exploring ground vertical load, instantaneous tire ground friction coefficient or free-rolling wheel angular velocity, the answer would probably have been an emphatic “not a chance.” Likewise, if you had told the workers on a road crew in 1970 that they’d be spending many years of their lives adding grooves to the surfaces of existing highways, bridges, and exit ramps, their response would have been less than welcoming. It would have been impossible to convince these professionals of the coming changes.

The impact of technology on daily life starts with scientific and technological discoveries that initially appear isolated or narrow in context. But we know better.

The MIT Internet Trust Consortium, established in 2007, focuses on developing interoperable technologies around identity, trust and data. The consortium’s mission is to develop open-source components for the Internet’s emerging personal data ecosystem in which people, organizations, and computers can manage access to their data more efficiently and equitably. The goal is to build emerging personal data ecosystems for individuals and organizations. That ideological desire fits in nicely with the growth of blockchain technologies.

The white papers for each project are interesting to read. When thinking in a healthcare mindset, it’s easy to think of their applications to health and wellness. Here are links to the project white papers:

When applied to healthcare ChainAnchor could, for example, enable participants of a medical study to maintain their privacy by allowing them to use a verifiable anonymous identity when contributing (executing transactions on the blockchains).

Enigma is a peer-to-peer network that allows users to share their data with cryptographic privacy guarantees. The decentralized computational platform enables “privacy by design.” The white paper says that, for example, “a group of people can provide access to their salary, and together compute the average wage of the group. Each participant learns their relative position in the group, but learns nothing about other members’ salaries.” Sharing information today is irreversible; once shared a user is unable to take that data back. With Enigma, data access is reversible and controllable. Only the original data owners have access to raw data.

In the context of healthcare, patients could share information regarding personal genomics linked to disease registries and clinical treatments aligned to healthcare outcomes, knowing that their original data was not shared.

OpenPDS introduces SafeAnswers, an innovative way to protect metadata (application, document, file or embedded) at an individual level. As the white paper explains, SafeAnswers, “allows services to ask questions whose answers are calculated against the metadata instead of trying to anonymize individuals’ metadata.” SafeAnswers gives individuals the ability to share their personal metadata safely through a question-and-answer system. Previous mechanisms for storing personal metadata (cloud storage systems and personal data repositories), don’t offer data aggregation mechanisms. The challenge is that once access is enabled, the data is broadly accessible. SafeAnswers reduces the dimensionality of the metadata before it leaves the safe environment, therefore ensuring the privacy of data.

Healthcare metadata examples could include patient account number, patient first and last name, and date of admission. Healthcare research could benefit from using aggregated metadata from patients without sharing the raw data. Research entities would send questions to an individual’s personal data store (PDS). This PDS would respond with an answer. Today, if metadata information was provided to researchers or accessed from a phone application, the patient could disable (uninstall) the app but wouldn’t know what information was shared. With the SafeAnswers system, a patient potentially would use their PDS URL to provide access to the health app. All of the patient’s metadata, therefore, could be tracked and recorded — visible to the patient. Later the patient could access metadata the application was using to create patient inferences. Also, the patient could permanently remove the metadata the application was consuming by either limiting or permanently restricting future access. No trusted third party. No entity to monitor access. Anonymously shared data.

The DataHub project and the Distributed User Managed Access Systems (DUMAS) projects offer additional pieces to solve the challenge of exchanging information while maintaining identity anonymity. Maybe they can apply to healthcare – if we’re creative.

Highly technical advances have shaped the social economy for centuries. The creation of the sickle, a handheld agricultural tool with a curved blade typically used for harvesting grain crops, had a profound impact on the Neolithic Revolutions (Agricultural Revolution). Who would have imagined when it was invented (18000 to 8000 B.C.) that the sickle would form the basis for modern kitchen knives with serrated edges.

Small, seemingly insignificant discoveries transform societies. How blockchain technologies will affect people on a daily basis is awaiting to be discovered. When blockchain applications enhance our lives, they may become as commonplace as highway safety grooving.