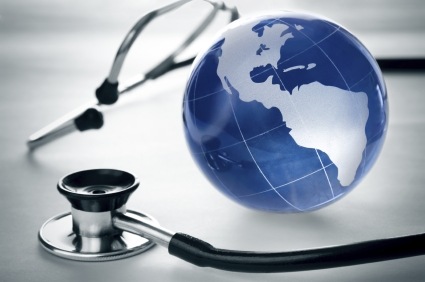 Electronic health records adoption is growing globally.  According to the the Healthcare Information and Management Systems Society (HIMSS) the global EHR market is forecasted to reach $22.3 billion by the beginning of January 2016, growing at CAGR of 6.2%. The North American piece of this market is $10.1 billion or about 47%. Aggressive healthcare reform programs are driving major growth in the global EHR market.  This expediential growth opens the window for players such as: eClinicalWorks, McKesson Corporation, Cerner Corporation, Allscripts, GE Healthcare, athenahealth Inc, Epic Systems Corporation, MEDITECH, Quality Systems Inc. and Healthland. How are these mega systems at the national level being funded? How much true adoption and realization of benefits has occurred? Let’s explore Canada, England, Australia, Switzerland, United States, Singapore and Germany to find out.

Electronic Health Records – Provinces and territories have accountabity for building electric health information systems.  With no national strategy Canada Health Infoway, has attempted to guide this process ineffectively. One major challenge has been the lack of a national patient identifier. There is speculation that many provinces have some health information system, although integration between them is questionable. Interoperability remains an unsolved puzzle with the patient’s ability to access medical records limited and without standardization across jurisdictions and systems.

Electronic Health Records – the National Health Service (NHS) does have a centralized computerized system, that provides every NHS patient a unique NHS number (unique identifier). While patients do have the right to their medical records, it’s a mixed bag if they can get access to an electronic copy after a formal records request is processed, if they are limited to paper. UK is heading towards a ‘Summary Care Record’ which will be shared between providers with limited but critical information (current medications, adverse reactions and allergies).  UK residents are opted-in by default however, there is a process to opt-out. General practices frequently transfer prescriptions to local pharmacies electrically. A program called ‘care.data’ that focuses on social health is planned to link patient data from general practice to hospitals.  However, security and patient privacy issues over confidentiality have delayed the adoption, initially  slated for end of 2014.

Electronic Health Records – Many public providers have adopted electronic health records (EHRs).  In a 2009-2010 survey, the Australian Auditor-General found that of the 82% of general practice services involved in the Practice Incentives Program, 90% maintained electronic patient records. Patient identify standards have established by the National E-health Transition Authority as part of the National E-Health Strategy.  This strategy also includes standards for provider system interoperability (although not widely-adopted) and standard clinical and medicines terminology sets. The national commonwealth government controls consumer EHRs and takes an opt-in approach. Despite apparent success, some would argue that the meaningful use of the EHRs has yet to be realized and to-date its patient value has been limited .

Electronic Health Records – eHealth Suisse is a statutory health insurance subscription card, that contains a patient identification number. This card enables insured persons to capture information on allergies, illnesses and medication on the card. The technology by most accounts is working, however, the lack of adoption by physicians has slowed the initiative.  Hospital and provider use of internal clinical systems varies widely across cantons.  The theory of a centralized national patient record (or conventional EHR) is not a priority for eHealth Suisse.  A principle of Swiss health care is decentralization, privacy and data protection all of which a nationalized EHR challenges.

Electronic Health Records – Buzz words like health information technology (HIT), national patient identifiers, and population health plague just about every national conference on healthcare. Taking the sunglasses off, we find some hope that as of 2013 about 78% of office-based physicians used some type of EMR. Major U.S. care providers such as Kaiser Permanente (large nonprofit) and Veterans’ Health Administration (national health provider of former military) have had success developing world class medical records enabling patients use of EMRs to schedule appointments,and submit prescription requests).  At the local physician level most providers do integrate with local pharmacies filling prescriptions through electronic means. Created in 2013, the Blue Button Initiative (administered by the Center for Medicaid and Medicaid) does allow electronic access to their personal medical record. To-date there is no unique patient identification number, making broad EHR/EMR adoption near impossible. The Office of National Coordinator is pushing to improve interoperability of EHRs focusing on policies, standards for success measurement, and adoption leveraging pay-4-performance concepts.

Electronic Health Records – not much in place for Singaporeans today.  But they do have a long-term strategy to which they are moving aggressively towards.  Their vision is a national electronic health record system, that can not only maintain records but actually collects, reports and analyses information to aid sharing of patient records.  Their goal mirrors other countries with a focus on patient treatment and safety (illness, allergies, and medications).  The new system will include a national patient identifier, summary record view, and an accounting of hospital admissions/re-admissions, and proactive access to services for immunizations, medical alerts and allergies.  Unfortunately, the record will be historical and the 1st wave will not allow patients to contribute to their medical record.  The main system benefit is upon completion the system will enable medical professionals and researchers to access the medical record in the appropriate format saving conversion and translation time across the continuum of care.

Electronic Health Records – billing, documentation, and labs are used by 90% of physicians in private practice. Adoption of non-clinical systems like online services are used with about 60% of physicians. Germany does not have an all-inclusive EHR and a national patient identifier has not been established.  Patient privacy concerns have all but killed the initiative, especially when coupled with the complexity of communications between hospitals and ambulatory care coordination. The vision for an electronic medical chip card was first rolled out in October 2011, with full implantation scheduled to be completed by January 2015.  Today the card holds patient name, address, DOB, illnesses, insurance coverage and supplementary charge guidelines. Patients can control the limited information provided on the cards.  One would think that the electronic medical chip cards would be a good advocate supporting a national EMR – once the privacy concerns are solved.

From Singapore to the United States the promise of a unified patient identifier and seamlessly integrated electronic medical record is all the buzz.  Upon deeper reflection we find that adoption is fraught with challenges including: culture concerns around privacy, complications with large scale national program implementations, and interoperability gaps between payers and providers. Virtually limitless consumer benefits can result from global EHR system rollouts and I’ll be on the front lines with you as we slowly experience the benefits of electronic medical and health records.