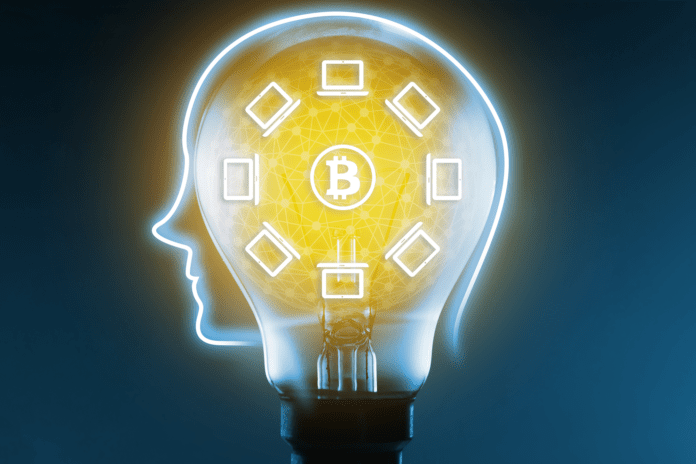 When you make business technology investments, pay attention to the dreamer. They are the ones making history. It may not just transform your business but your life.

Hyperinflation ripping the fabric of life

Economic necessity is driving Bitcoin exchanges globally. It’s changing the lives of families from Argentina to Africa; Bitcoin offers a less volatile alternative to hyperinflation that is rampant in many economically depressed countries.

Dilip Ratha, the co-author of the Migration and Remittances Factbook 2016, was quoted stating, “At more than three times the size of development aid, international migrants’ remittances provide a lifeline for millions of households in developing countries. Also, migrants hold more than $500 billion in annual savings. Together, remittances and migrant savings offer a substantial source of financing for development projects that can improve lives and livelihoods in developing countries.”

Bitcoin will not solve global warming. It will, however, change lives across the world by giving families options to side-step hyperinflation.

Bitcoin is a good way to hedge against climbing inflation rates. Inflation rates in 2016 were extreme for many countries such as Venezuela (180.90 percent), Nor Korea (55 percent), Syria (43.02 percent), Argentina (32.90 percent), Central African Republic (25.58 percent), Haiti (14.80 percent), and Egypt (9 percent). For perspective imagine if you walked into a grocery store in Venezuela and bought a loaf of fresh white bread (1lb) for $0.56 USD, then in the same year the price was $1.01 USD – you received no raise. The situation begins to get life-threateningly real when the average monthly salary is equivalent to only $20.00 USD, according to Bloomberg in 2015. Unbelievably Venezuelan salaries, paid in bolivars, declined 97 percent over the last three years. Please reference Chart 1.1 for a visual depiction of the Venezuela inflation rate over the last 1-year.

Historically, there has been a lot of volatility in Bitcoin; it’s getting under control. Volatility measures how much the price of a financial asset varies over time. Assets that are more volatile carry greater hold risk as the price may go up or down substantially. A less volatile Bitcoin, benefits citizens, as the cost converting into and out of Bitcoin, will decrease. The limited alternatives in many economically starved countries, makes Bitcoin a real viable current substitution, with tolerable volatility.

Comparing the price of Bitcoin over the last 1-year, June 2015 through May 2016, it’s appealing that Bitcoin displays a positive trend increasing in value. Please reference Chart 1.2 below that illustrates the Bitcoin marketplace over the last 1-year.

When comparing the 60-day volatility estimate against the Venezuela inflation rate for December 2015, it’s favorable to 179.68 percent. The decision of 1.2 percent volatility over 180 percent inflation would be a straight forward decision for most.

Offering an alternative to hyperinflation with a less volatile currency is how Bitcoin will improve the financial stability affecting families and changing lives.

The World Bank reported that international migrants sent $601 billion to their families in their home countries in 2015, according to the Migration and Remittances Factbook 2016, generated by the World Bank Group’s Global Knowledge Partnership on Migration and Development (KNOMAD) initiative. By 2016, foreign workers will transfer an estimated $610 billion. Unfortunately, all that money won’t reach home. Transfer fees, exchange rate margins, banks, and post offices for money transfers will remove between 54.9 billion and 46.97 billion, from reaching the final destination country.

Transfer are not only charged by the transfer operator, where migrants collect their money in the destination country. There are SDSSD types of transfer related fees: 1. Transaction cost typically charged by the sending agent, 2. Current conversion fee, 3. Operator fee, common for smaller operators, 4. Banks (remittance agents) may earn indirect fees in the form of float (interest) by investing funds before delivery to the beneficiary.

In theory, Bitcoin has no middleman fees. However, in practicality to disseminate currency there can be fees associated with Bitcoin. Let’s walk through an example of $10,000.00 USD.

The difference between transferring conventionally versus through Bitcoin could reach $695.00 USD in savings per $10,000.00 USD spent.

Bitcoin doesn’t solve all problems. Bitcoin won’t be getting a government bailout, technology investments of at least a device with internet access are required, and merchants need infrastructure to support payments. Despite challenges Bitcoin has promise.

Bitcoin offers more than hope, giving families back their lifelines.