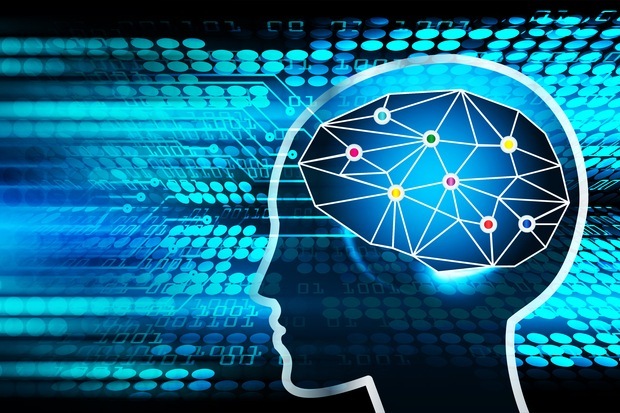 Solved first by nature, efficient business designs may drive the next technological innovations. Mimicry can advance innovation through design thinking. When balancing the power of design with design thinking adding in living things can teach new innovation principles.

Balancing the architect and scientist

According to the Biomimicry Institute, “Biomimicry is an approach to innovation that seeks sustainable solutions to human challenges by emulating nature’s time-tested patterns and strategies.” Why resolve problems that nature has already solved over thousands of years?

Steve Jobs, was quoted saying, “I think the biggest innovations of the 21st century will be at the intersection of biology and technology. A new era is beginning.” Maybe he wasn’t talking only about the advances of biotechnologies; he was talking about what we can learn from nature. Concepts and lessons that were in front of us, we missed because we were too busy recreating them. Janine Benyus, is a biologist focusing on innovation inspired by nature and has written two great books on the subject including Biomimicry: Innovation Inspired by Nature and The Secret Language & Remarkable Behavior of Animals. Benyus believes that designers can discover new powers of design by looking at nature. Michael Pawlyn, a TED speaker and author of Biomimicry in Architecture, summed it up well. “You could look at nature as being like a catalog of products, and all of those have benefited from a 3.8-billion-year research and development period. And given that level of investment, it makes sense to use it.”

Design thinking promotes the idea of visual thinking, to form practical and creative solution-focused thinking. It jumps ahead in the scientific method. Instead of defining all the parameters of a problem to construct a logical solution, design thinking starts with a better future in mind not with a specific problem to solve. This approach unlocks the mind and removes the mental obstructions for new growth. The conflict in design thinking challenges the [business] architect and the scientist. In 1972, Bryan Lawsonconducted investigations in the variance between the problem-focused solvers and solution-focused solves. What Nigel Cross, a British academic and Emeritus Professor of Design Studies at The Open University, the United Kingdom deducted was that scientist problem solves by analysis, using nature’s genius while designer solves problems with synthesis; design thinking uses both design analysis and synthesis.

Mimicry is the art of action or imitating someone or something. This is best described as WWND – What Would Nature Do?

This imitation could be represented with an animal’s deceptive behavior such as batesian mimicry (involving a palatable unprotected species, the mimic, resembling an unpalatable species e.g. a bubble bee-resembling a flower), mullerian mimicry (warning colors where both the model and the mimics are toxic e.g. a monarch butterfly resembling the viceroy butterfly), wasmannian mimicry (resembling the host structure e.g. a jumping spider representing an ant), and peckhamian mimicry (aggressive mimicry where the predator mimics it’s prey to capture it e.g. the bird-dropping spider hunting moths by producing the moth pheromones). Deceptive behavior or camouflage is often foremost on the mind when the topic of mimicry surfaces. There is, however, another form that applies to business.

The Sanyo Shinkansen 500-series electric train was placed into production in 1997, and because of a maximum operating speed of 320 km/h or 200 mph, the travel time between Shin-Osaka and Hakata was shorted by 10 percent. What made this innovation successful was the design thinking principles applied used to achieve the world record speed at the time and meet strict noise standards of 70-75 dB(A) as measured 25 meters from the center of the tracks.

The article, in the Zygote Quarterly (zq9) titled, Auspicious Forms: Designing the Sanyo Shinkansen 500-Series Bullet Train, is the most comprehensive article on this subject and well worth the read.

Problem one, pantograph vibrations, was solved by applying the principles of flight from owls. Specifically, how an owl’s natural concave face and down absorb the vibrations of movement with tiny serrations on its primary feathers.

Problem two, wind resistance creating aerodynamic noise, was solved reshaping the pantograph’s supporting shaft to look more like the body of the adélie penguin. This result was a shape like a spindle, lowering wind resistance.

Problem three, the sonic boom, was solved by understanding the bill of the Kingfisher – a revolving paraboloid shape. Trains in service before the 500-series had wedge-shaped nosecones; this shifted to a modern rotational parabolic body that changes areas by a constant ratio.

The most efficient designs tested were from nature and taught efficient forms. New models developed from living things and the trend to apply mimicry to advance design thinking is growing globally. Germany’s BIOKON focuses on deciphering ‘inventions of nature’ and transferring them into technological innovations. France’s Centre Européen d’Excellence en Biomimétisme de Senlis (CEEBIOS) focuses on the development of biomimicry as a tool for scientific and societal transition at the international level. At the center they actively disseminate biomimicry information to innovators.

Ecomimicry, the practice of mimicking the natural world in the technological world, is merging with products, platforms, processes, and services to create new interactions and behaviors. As design thinking searches for new innovations, maybe the answer is hidden in nature. Will the most amazing technological advancement be traced back to mimicry?

Business can learn much from nature, and as Janine Benyus put it, “When we look at what is truly sustainable, the only real model that has worked for long periods of time is the natural world.”