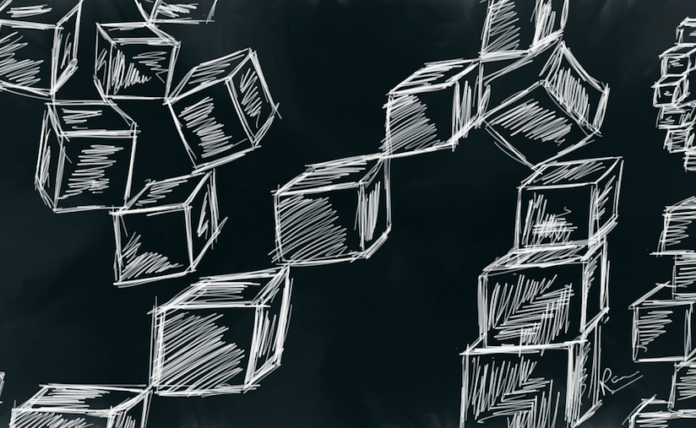 Blockchain technology is going to revolutionize healthcare and the method in which every patient interacts.

In order to answer the question, can blockchain technology be used to securely store electronic medical records, the challenge of electronic medical record interoperability between payers and providers must be solved. Overall, it’s widely accepted that the Health Information Technology for Economic and Clinical Health (HITECH) Act, as a policy was a success. It’s not surprising when the percentage of US Hospitals using digital records skyrocketed from 9.4% to 75.5%, between 2008 and 2014. However, as we inject the patient experience into the definition of success, perspectives change. Providers and payers are not accountable for interoperability under HITECH. The result is a fragmented national healthcare system that only hurts the patients we’re trying to help. Interoperability is a monumental challenge that is rarely discussed nationally, and needs to be confronted before costs are driven down opening access and allowing providers to explore models for improved quality for patient care.

What is a blockchain? Blockchain is a series of connected machines for creating trust (Economist, 2015). According to William Mougayar, expert on cryptocurrency economy for O’Reilly, in his 2015 article, ‘Understanding the blockchain’ there are five foundational concepts of blockchain: 1. decentralized consensus (on or off bitcoin’s blockchain), 2. the blockchain (and blockchain services), 3. smart contracts (and smart property), 4. trusted computing (or trustless transactions), and 5. proof of work (and proof of stake).

Blockchain addresses the legitimate previous concerns of security, scalability and privacy of electronic medical records. Below is a simple example of how blockchain applied to healthcare works in practice.

Why is this approach more secure than how medical records are stored today? In the cases of the Office of Personnel Management (21.5 million initially and another 4.2 million, loss of personnel data), Anthem (80 million patient and employee records), and the Army National Guard (850,000, SSN and home address of current and former National Guard members) only one computer was compromised for each of these large scale breaches. Would these data breaches have occurred if 2 separate computers needed to be compromised to gain access? How about 5 computers or 100 computers?

Today blockchain has what is called, M-of-N multi-signature (multi-sig) meaning multi-signatures are required to establish the authentication required to unlock data (likely stored on the cloud). The M-of-N multi-sig means that ‘N’ computers would all be required (multiple computer hashes combined) to decrypt the code e.g. providing the authentication to access that patient’s medical records. For example, a M-of-5, means that 5 machines would have to be compromised, each with a separately controlled codes or hashes. There are also other variants, for example 2-of-3 multi-sig which means not only would 2 separate codes be required, but the patient data could still be unlocked even if only two of the three keys were available. For example, if the three keys were held by a patient’s physician, spouse, and a neighbor, then two of the three keys would be needed to unlock the data (typically used for emergencies involving life and death situations).

Privacy is a major concern — until it isn’t. For example, if you ask a patient if they would like to share their full personal health history including blood type, all previous procedures, and life habits with providers they likely will say no. If you ask a similar question, if your heart rate goes below 40 beats per minute (say in an ambulance), would you share it? They will be quick to exclaim, ‘of course!’ Access and consent to medical information is a conditional decision and determined based on environmental context. Today EHR systems have a difficult time, factoring in conditional consent. Often a patient either authorizes full access to their medical records (all in), or no access. This model doesn’t meet patient needs, and will evolve.

The beauty of blockchain technology, applied to healthcare, is a centralized platform that decentralizes health data (medical records) increasing security of sensitive information. A patient can now use their own signature, combined with that of a hospital signature to unlock data to provide more secure access to medical information for use in treatment. The patient by using their profile, has full control of their medical information and can select the information shared and viewed by providers or doctors. This model lifts the costly burden of maintaining of patient’s medical histories away from the hospitals: eventually cost savings will make it full cycle back to the patient receiving care.

The benefits of electronic medical health records are widely known and broadly accepted adding value to patient care. Excessive costs of managing and maintain electronic medical record systems impedes interoperability.  Additionally, when coupled with the lack of payment reform, most financial motivation is removed for payers and providers to be interoperable. Now there is a way to improve transparency, all driven by the patient. How do blockchains improve transparency? Reid Williams, in his 2015 article, ‘How Bitcoin’s Technology Could Make Supply Chains More Transparent’ said, “Blockchains offer a way to introduce transparency into supply chains and to create entirely new opportunities for participation.” This is important for patient ‘medical history continuity’ and the ‘medical record chain of care.’

Exploring a practical example makes this experience more real. I’d like to introduce you to Diane. Diane is married, in her mid-50’s, works hard and enjoys life when she can break away from work.  While on the way to work, Diane felt a bit lightheaded, but after her workout that was often the case. She didn’t think any more about it. After she arrived at the office, she collapsed. Co-workers scrambled to call 911, EMTs arrived and scanned her PatientChainID (similar to a national patient identifier), Diane similar to most patients had a profile setup previously. The profile Diane had setup, with the help from her primary care doctor, included rules, and identified family members that could approve access to her medical records in the case of an emergency. Diane had three family members listed, including her husband Jake. The EMT announced and requested access to Diane’s medical records on the PatientChain Network. Within minutes, Jake had verified access and the EMT was able to access Diane’s medical records. The EMTChainID, the HospitalChainID, when combined with Diane’s PatientChainID (authorized by Jake), unlocked Diane’s medical record which enabled the EMTs to provide more specific care, considering her pre-existing conditions. Diane, was diagnosed with syncope (pronounced SIN-ko-pee), defined as a sudden, brief loss of consciousness and posture caused by decreased blood flow to the brain. She fainted, due to low blood sugar. According to WebMD, fainting is a common problem, accounting for 3% of emergency room visits and 6% of hospital admissions. Diane was held for the day and released that evening. A month later, Diane reviewed her profile (who she had verified/approved to access her medical records) and she removed the hospital and the EMT as that access was no longer required. Diane had an electronic medical record that was accessible on a cloud based network, globally, by any payer and any provider after authorization is provided. (Diane of course is imaginary and now safe).

Interoperability and payment reform are the two toughest obstacles in the quest towards improving healthcare. Bitcoin is only one example in a sea of blockchain potential applications: we can’t forget the application to healthcare. Blockchain may well be a game changer. Whether the digital currency industry takes off or not, blockchain technology will revolutionize every industry and the ways consumers and patients interact.

Let’s start by transforming the patient experience. Let’s start by believing we will live in a healthier tomorrow. If enough of us believe, we might just change how global healthcare is provided and truly solve healthcare medical record interoperability.

Economist. (2015). The promise of the blockchain: The trust machine. Retrieved November 16, 2015, from http://www.economist.com/news/leaders/21677198-technology-behind-bitcoin-could-transform-how-economy-works-trust-machine