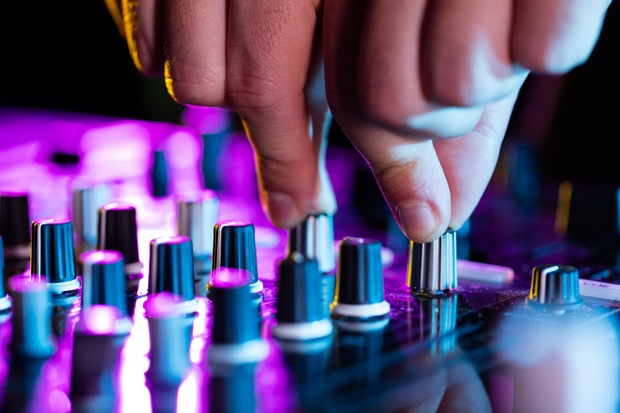 Music shapes culture, entertainment and technology. The passion for music spans industries refreshes ideas and introduces new concepts previously invisible. The music industries maturation into digital contexts and exploration of blockchain technology have uncovered lessons we can apply to healthcare.

The music industry is getting a shakeup but continues to lose out in revenue. The end of 2014 marked the first year that the industry derived the same revenue from digital channels (46 percent) as from physical format sales (46 percent). According to the UN, Dept. of Economic and Social Affairs Population Division, there are 7.4 billion people in the world today growing at roughly 80 million a year. It’s disparaging to realize that the global recording music industry was a $40 billion business in 1997 and 2014 the music industry’s global digital revenues barely reached $6.85 billion, according to the International Federation of the Phonographic Industry (IFPI). The IFPI represents the recording industry worldwide, with over 1,300 record companies in over 57 countries are members.

More people are listening to music, and fewer writers and artists are getting paid for their work. Society needs a music industry that rewards people for creating great content. Not a scene where music companies wrestle over ownership rights.

Hitting the music industry with peer-to-peer

The introduction of the bitcoin peer-to-peer electronic cash system by Satoshi Nakamoto (sudo name) in 2008, immediately sparked the interest of the music industry. The wonder started with companies like Murfie, a music marketplace founded in 2011, that accepts bitcoins as payments for music downloads. Bitcoin as a payment method isn’t going to change musicians lives as a new financial standard for payment. However, the application of the blockchain technology to the music industry may change artist lives.

Blockchain has the potential to modernize every industry in the world. We just don’t know exactly how. It was common knowledge that blockchain could impact the music industry, but the full impact on the industry wasn’t articulated clearly to encapsulate the potential for positive change, until last month. In November 2015, Benji Rogers published on Medium, “How the Blockchain and VR can Change the Music Industry.” The article offers a powerful argument in support of the positive impact that blockchain technology (Etherium, Muse, Rootstock) would have on the entertainment industry. In February 2016, Roger published an update that provided substantive support both theoretical and technical on how this could be accomplished in part 2 of his post, highlighting four clear points.

Will the music industry see the beauty in the blockchain scheme? Blockchain technology applied to your music means that everyone will pay for their use, driving transparency of music ownership. The artist would create a .bc file containing who owns the work and who to pay when used. The music enthusiast using a platform (YouTube, Spotify, SoundCloud, 8Tracks, Tidal, Pandora, Apple) buys and pays for music as they would today. The difference is the behind the scenes a digital ledger tracks ownership of the author and usage rights of the music enthusiast.

Roger suggests, defining the rules governing play at the time of encoding, by the artist and the music rights holders, as part of the song’s Fair Trade Minimum Viable Data. The author, composers, contributors, owners, and usage rights are defined as part of smart contracts enabled by blockchain technologies. The music enthusiast also benefits paying only for what they play, instant payment, and multi-platform accessible. The .bc was envisioned to replace DVD, Blu-Ray and support a new virtual reality (VR) format that has no standardized format or wrapper. This format would contain Minimal Viable Data using the W3C Web standard JSON-LD, illustrated in the dot blockchain concept illustration.

The music industry has struggled with digital rights management (DRM) for years. Blockchain provides a ledger as a means of payment, automatic royalty payment splitter, and simplified licensing using legal enforcement non-ambiguous smart contracts. This concept is more than DRM. Its is DRM+.

Blockchain technology can improve transparency of ownership for music as well as health records. Music industry’s song ownership challenge parallels the healthcare industry’s problem with medical health record ownership. The U.S. life and health insurance industry reached $877.9 billion in 2014 according to statista.com. How much more transparency in your personal medical records have you seen in 2014 compared to 2015. I’ll share my experience between 2014 and 2015; I saw zero positive impact towards better visibly into my medical records. Personal health records continue to be as fragmented between providers and physicians as song ownership and royalty payments of the music industry. Platform scale, interoperability, and privacy are surmountable challenges. How do we transfer trust, when patients have no faith in the system? Payments don’t reflect treatment provided. We can’t blame patients for their lack of confidence when even experts have trouble explaining the circus we call today’s “healthcare system.”

Blockchain has the potential to give patients, like you and I hope, and restore trust in healthcare. Transparency and ownership of our medical health records are the beginning. New healthcare platforms will emerge returning medical record ownership back into the hands of the patient.