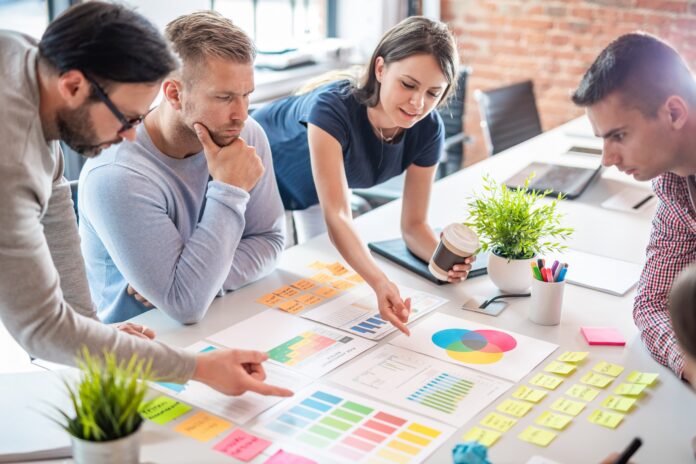 Have you ever joined a meeting only to find that a new initiative was being launched that you had no idea about? Have you ever been on a conference call—curious to hear about the next steps of the project—only to find it had pivoted 180 degrees and was now rushing off in a new direction?

Today, I’ll provide some insights into and how to get ahead of some of these challenges. As our teams have transitioned from working almost entirely on-site—with some remote access—to working almost entirely remotely, the number of micro-interactions have decreased. As a result, teams are feeling disconnected from their members and their organizations. They’re often not involved early in initiatives but, instead, informed quite late in the process.

Our challenge, as executives, is to make sure we present and introduce new ideas and opportunities to our teams and organizations early. We need their input and engagement in order to be successful. We want leaders and team members to feel connected, feel they had a chance to contribute, and believe their voice was heard.

A model has been developed to tackle these questions:

Over the last several years as a business relationships executive, I generated a model called, “ONE Team,” also known as, the “Collaboration Model.” Essentially, this model helps focus on the critical elements of socialization that we often overlook as leaders.

The collaboration model has five steps:

The first step, exploration, is all about creativity and thinking about the possibilities. After that, it’s about identifying the idea and determining feasibility—is it sustainable?

The second step, socialization, is focused on making sure that people are on board with the idea. It’s the process of communicating, sharing, and presenting the idea to others. It’s the exercise of socializing and getting people to understand where you’re going and what’s behind your intent (and is less focused on what you’re going to be doing). Finally, it’s shopping the idea around for input.

The third step is agreement. This means getting people to accept the definition of the problem statement, the solution, and how you’ll approach the opportunity.

The fourth step is adoption. Once you reach an agreement, the idea starts to get traction, and it’s necessary to share it with the organization. At this point, the idea was explored, socialized, agreed to, and rolled out to realize the desired outcomes. It’s ultimately about propagating the concept throughout the organization. This is the process of implementation.

The fifth step is expansion. This step is about evangelizing the idea and sharing the concept throughout other areas of the organization. The theory has been proven to be viable. The desired outcomes—post-implementation—are being realized. It’s now time to share the idea with other areas of the organization. This is where the benefits can be multiplied or duplicated.

The Collaboration Model brings teams together.

This model helps your leadership team get ahead of the challenges and opportunities that affect all leaders as they start to drive and introduce new ideas. Is there is an area other than communications where you spend the most time? Do you spend time buried in production defects? Is your time spent in meetings discussing IT technical debt? Most likely, no. You spend the most time communicating to others the concepts that were deployed or in-flight today or planned for tomorrow. This model solves that problem. It creates a departmental standard for early communication of ideas and broad initiatives that will impact your teams.

One method for presenting this model is to communicate who’s going to be involved at each step. This helps team members know that you’ll be reaching out to them for input. Likewise, this also clarifies that you won’t involve the world in the “exploration phase,” when you don’t even know if the idea will work. Finally, tagging who’s affected by name and including date ranges for each step helps remove assumptions and clarify expectations.

Nobody likes to change, but today’s reality is that change is everywhere. It’s injected into our shifting job roles. Change manifests in how we respond to environmental factors and stimulants. Change is a reality that we must embrace. Moreover, for leaders to have a 10x impact, change needs to occur and behavior modifications need to happen rather quickly across an organization.

We, as leaders, will continue to introduce more and more change into the environments that we’re transforming. Applying the Collaboration Model is one simple process that will help ease people into adopting and changing some of their values, beliefs, and behaviors.

If we introduce change early in the process, the probability of adoption is greater, and the results are better. You’ll no longer join that zoom meeting only to find that a new initiative that impacts your team goes live in a week. Why? You were aware of the change months prior because the team used the Collaboration Model for all new initiatives.

As you become educated on the change, you better understand its purpose, who’s involved, and what’s behind the objectives. The result is that you’re less concerned about the specific details—the milestones and dates—because you were involved from the beginning.

Hopefully, you now have a better idea of how to ensure that your team is tightly connected when launching new, complicated change initiatives throughout your organization. Use the Collaboration Model, and save time communicating by communicating early.

If you found this article helpful, that’s great! Check out my books, Think Lead Disrupt and Leading with Value. They were published in early in 2021 and are available on Amazon and at http://www.datsciencecio.com/shop for author-signed copies!